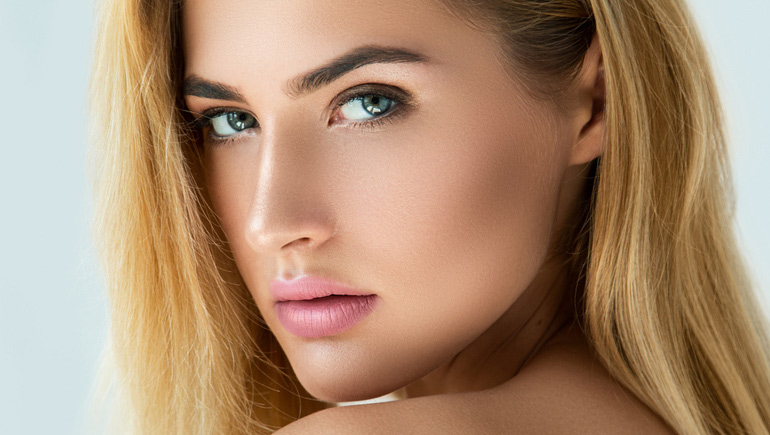 In younger people, the brow at rest is positioned above the orbital rim, with a gradual arch laterally. The outer end or ‘tail’ of the eyebrow is thus located a little higher than the medial end. With passing years, this arch vanishes and the brow usually assumes a flat or horizontal position and sometimes even droops, causing the ‘hood effect’. This gives the face an older and tired look, which is worsened by the deep wrinkles across the forehead. In some cases, drooping brows may even come in way of vision, when the procedure becomes medically recommended.

Forehead lift/ Brow-plasty is a simple procedure that reverses these effects of gravity & aging and elevates the eyebrows, corrects the droop, restores the arch, smoothens the wrinkles over the forehead and restores an alert and youthful appearance. It involves lifting the brow skin, tightening the muscles and reducing excess fatty tissue in the area.

Q: Who are the ideal candidates for Blepharoplasty or eyelid surgery and how is it planned?

A: All those healthy people between 40- 60 years, who are bothered by the signs of aging like droopy brow, deep horizontal creases on the forehead, deep frown lines or furrows between the eyebrows and loss of natural arch of the eyebrow are ideal candidates. The client must either be a non-smoker or willing to abstain from smoking till the healing process is complete.

Q: How is Brow-lift surgery performed?

A: The brow lift operation is performed under general anesthesia and usually takes between one and two hours depending upon the technique used for surgery. There are two approaches of doing the surgery - the Classic or Open Browlift (also called a Coronal Browlift), or the Endoscopic Brow lift. Your surgeon must help you decide the best approach to achieve your desired goals, depending on your skin type, the condition of your skin and where your hairline is. However, you must make sure that you understand the recommended technique and why your surgeon feels it is best for you.

Q: What type of anaesthesia is used in the surgery?

A: Depending on the client preference, either general anesthesia or local anesthesia with sedation may be used.

Q: How much time does the Brow Lift surgery take?

A: The brow lift procedure generally lasts one to two hours.  However, this timeframe can vary if it is combined with other procedures. Hospital admission is usually not required and the procedure is mostly done as a day care surgery.

A: The complications if any are usually minor and self-limiting.
Some discomfort and tightness may be experienced in the brow area in the first couple of days after surgery. Postoperative pain is typically not a significant problem in brow lifts can be tackled with mild painkillers.
Temporary bruising, swelling, and numbness are common the first night after surgery. Maximum swelling occurs forty-eight to seventy-two hours post-surgery and begins to subside on the fourth or fifth postoperative day. Bruising from surgery, if any, doesn’t appear in brow area but usually appears below the eyelids because of gravity. This bruising usually peaks on the third to the fifth day and resolves completely over two to three weeks. Any post-op infection can be treated with antibiotics, but it is rare.
In very rare cases, the nerves that control eyebrow movement may be injured, resulting in a loss of ability to raise the eyebrows or wrinkle the forehead.

Q: What are the precautions and postoperative care after Brow Lift surgery?

A: In the preoperative period, one must quit smoking, at least two weeks prior to surgery. In the post-operative period, the swelling can be reduced by using cold packs around the eyes for forty-eight hours and sleeping with upper back and head elevated (using an extra pillow) for approximately five to seven days. This minor swelling and bruising can be concealed with special camouflage makeup.

One can shower and bathe with lukewarm water, a day after the surgery.  However, one has to be extra careful while brushing, combing and using a hair dryer for a few days.

Strenuous activities must be avoided for a week and sun exposure should be limited for several months. Complete recovery usually takes place in two to three weeks.

Q. How long do the effects last ?

A: The results usually last for about 15 years when the continued aging process may cause further sagging. But one must remember that the forehead after surgery would always be smoother and firmer than it would be without the procedure.