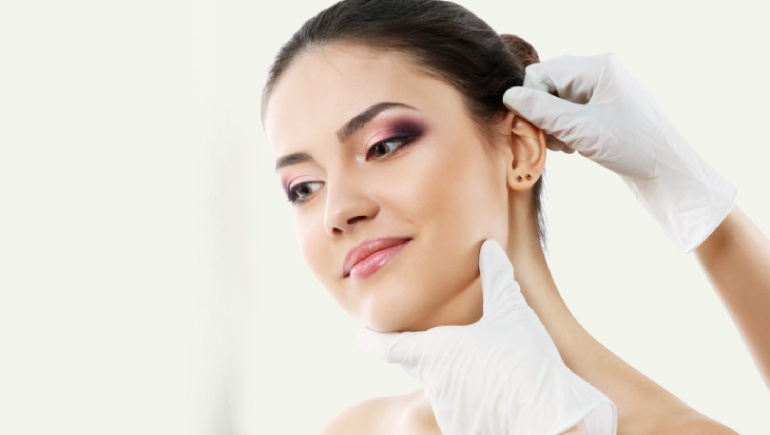 A prominent ear, also commonly referred to as a lop ear, Bat ear or Dumbo ear, protrudes excessively from the lateral part of the head. The normal ear forms an angle of approx. 21° to 25° with the head and an angle >25° may cause the ears to look extra prominent from the front. Prominent ears are of great concern for most people. Some people are affected by prominent ears so much that they wear their hair long to hide the ears. They often complain that they can’t wear their hair in certain styles because of prominent ears. Many feel that sticking out ears make them look less intelligent. Classmates tease many of the children with large ears at school.

Q: Who are the ideal candidates for surgery and how is it planned?

A: Otoplasty or ‘Ear Pinning’ surgery is a plastic surgery procedure designed to place ears closer to the head or decrease the size of large ears. It is most commonly performed on children and teens. Many adults also go for Otoplasty in their later life. Otoplasty is ideally performed after 3 years of age and before the beginning of school so that the child can avoid the psychological trauma of ridicule by other children. However, it can be performed at any age.

Q: How is surgery performed?

A: Otoplasty seems a relatively simple operation but needs very accurate planning and markings before surgery to get the normal shape for ears. An ear pinning surgery involves making an incision in the groove behind the ear. Commonly, Otoplasty involves removing a strip of cartilage from the ear to make it smaller and ‘pinning’ the ear closer to head with non-absorbable stitches to decrease its projection. The scars resulting from ear pinning are quite small and easily hidden in the crease between ear and head.

Q: What type of anesthesia is used in the surgery?

Q: How much time does surgery take?

A: The surgery takes about two hours to perform.

Q: What are the precautions and postoperative care after surgery?

A: The dressing put at the time of surgery is removed after five to seven days and stitches are also removed at the same time. After removal of the dressing, a Headband should be worn, especially at night, to protect the ears and to keep them pushed back towards the head, for six weeks. Normal activity can be resumed within two days after surgery. The patient should avoid sleeping on the side for 3 weeks. Routine exercise may be started after fourth postoperative week while contact sports may be started after six weeks of surgery.

A: The ears may feel numb for 2 to 3 months but the sensation returns gradually over time. There is generally a minimal pain in the post-operative period and hence it is well tolerated in children.